What Should You know Before Joining?

Freemasonry is a multicultural organisation. Members of all races and faiths are welcome to join. It requires that its members should believe in a single deity and no man can become a Mason unless he does so. He will be required to take certain obligations with his hand upon his own religion’s sacred book. Freemasonry does not concern itself with which religion a member follows as long as it is monotheistic but urges a member to follow the teachings of his own faith. It is a requirement that topics of religion or politics should never be discussed in Lodge.

Freemasonry is not a benefit society. To repeat It offers no pecuniary advantage or reward nor does it require its members to support one another in business or employment. The organisation does have charities for those Freemasons and their families who were once self-supporting but through misfortune are now unable to do so. It also has a Charity which supports causes unconnected with Masonry. All monies paid to these charities is from private donations from its members. Freemasonry does not solicit donations from members of the public.

No one should join Freemasonry unless he can afford to pay the expenses involved without affecting his ability to support his family. These expenses include the joining fee, the annual subscription and a donation to charity measured on what the individual member can afford. In addition, most meetings are followed by a dinner or supper the actual costs vary from Lodge to Lodge. He should have discussed the prospect of his becoming a Freemason with his wife/partner and be satisfied that they are supportive of his application. He should not put his employment at risk by becoming a Freemason.

Anyone thinking of becoming a Freemason should be satisfied in his own mind that he desires the intellectual and moral improvement of himself and his fellow citizens; that he is willing to devote part of his time and money to promoting fellowship, charity and integrity and be able to afford it without affecting himself or his family’s commitments; and again that he seeks no commercial, social or pecuniary advantage by wishing to join.

Freemasonry is a voluntary organisation and it is up to a would-be member to ask to be considered for membership. However, it is not improper for a Mason, once only, to suggest to a man who he considers could be a good member, that he might give some thought to the idea.

If you are interested in becoming a Freemason then it may be that you know someone who is already a member so you can speak to them about it. Either way you are very welcome to contact us and if you don’t know someone who is already a member we can arrange to meet you via our Lodge Secretary, consider what is best for you and make an introduction. 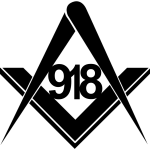